Safety in Pairs – Men Pose Naked With Their Friends 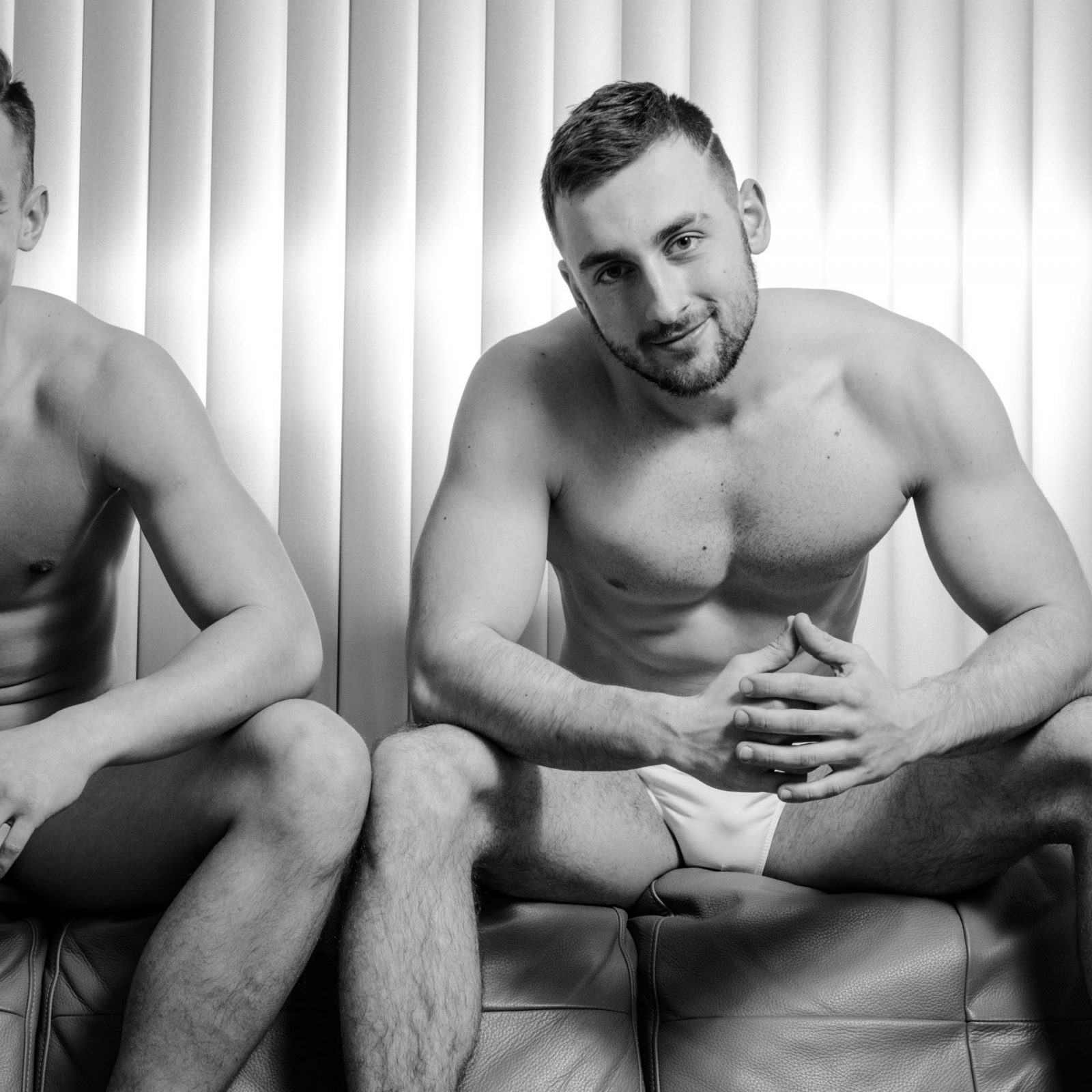 Given all the uncertainty that comes with potentially doing something new and unusual, some guys tend to need a bit of reinforcement from their peers to help them decide whether or not to go for it. “If it’s OK for my friends, then it’s OK for me.”

Meet Bodytorium’s newest model: Erik. He’s a 22-year-old sports college student in Bratislava. We were introduced by a mutual friend at my housewarming party almost four years ago. Later we met up a few times and drove together to various sports events in Slovakia and Czechia. But the last time we hung out was about two years ago. We weren’t very close and didn’t seem to have all that much in common. Back then, Erik came across to me as quite a cocky showoff and seemed fixated on being a popular jock, doing jock stuff.

I briefly contacted Erik last spring to ask if he’d be interested in poising for Bodytorium. He didn’t explicitly say “no”, but after a few messages back and forth, the discussion ended. I didn’t actually think there was much of a chance that he’d say yes. I thought he had too much pride to be shown in such a humbling and revealing way. Doing that sort of thing was too uncool and defamatory for a proud and popular guy like him.

But recently, while on my continuous search for new models, I decided to give it another try. Erik was very hesitant at first, especially after I clarified that while there would be some clothed and underwear shots, he’d need to appear completely naked. Then out of nowhere came the question: “Can I bring a friend?” I said “yes, for sure,” although I was a bit concerned that his friend might say no. From my experience with similar situations, if his friend said no, then it would severely lessen the chance of Erik saying yes. This was the case with several other models, Including Lukas K and Robert. It wasn’t until a “ringleader” type like Andrew had a pep talk with the guys which led them to reverse their decision.

Shortly after, Erik sent me a few pictures of his friend Dano (who I didn’t know personally but I had seen his pictures before and thought he was stunning.) I immediately wrote back to Erik that Dano looks great and that I’m interested and asked whether he had already checked with Dano whether he’s interested . To my delight, Erik wrote back: “We’re in!” That was a couple of weeks before the photoshoot and I was really crossing my fingers that they wouldn’t change their minds. At the same time I was trying not to get too excited to avoid a big disappointment if for whatever reason they canceled (which tends to happen from time to time as I explained in my previous blog entry Kids These Days.)

Luckily there was no cancelation and Erik even checked up on me if everything was still as planned a few days prior to the photoshoot. In spite of my worries and some of my preconceptions about Erik’s personality, the guys were very relaxed, friendly and positive. The photoshoot was really fun and exciting!

Erik’s first set of photographs will appear on Friday January 31, 2020. Dano will most likely have his first appearance a couple of weeks later on Friday February 14. Although I didn’t include any pictures showing Dano fully in this post – I’m trying to build up a bit of suspense 😀 – there will be some hints posted later on Instagram.